How To Become a Mobile App Developer 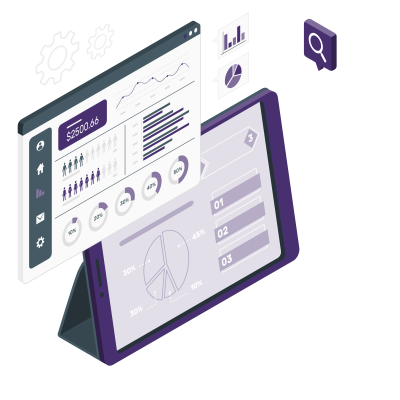 This article will walk you through the steps you need to take to become a mobile app developer.

The first step to becoming a mobile app developer is to choose a platform. Next, you’ll need to decide whether you want to develop for Android or iOS (or both). Each platform has its own set of programming languages and development tools.

If you’re unsure which platform to choose, consider your audience. Android has a larger global market share than iOS, so if you’re looking to reach the broadest possible audience, Android is the better choice. On the other hand, iOS users are generally more affluent than Android users, so if you’re targeting a high-end market, iOS is a better bet.

Once you’ve chosen a platform, it’s time to start learning how to code.

No matter your platform, you’ll need to learn how to code. If you’re starting from scratch, we recommend taking an introductory coding course to get acquainted with the basics. You may want to consider more formal education, such as a degree in computer science, but it’s not necessary.

Once you have the basics down, you’ll need to learn the specific programming languages and development tools used for your chosen platform.

To develop for iOS, you’ll need to learn Swift or Objective-C. Swift is a newer language created by Apple and recommended for new iOS development projects. Objective-C is an older language still used by some developers.

In addition to a programming language, you’ll need to learn to use Xcode, Apple’s integrated development environment (IDE). Xcode is used to write code, design user interfaces, and test apps.

To develop for Android, you’ll need to learn Java. Java is the official language of Android development and is supported by Google.

In addition to a programming language, you’ll need to learn how to use Android Studio, Google’s integrated development environment (IDE). Android Studio is used to write code, design user interfaces, and test apps.

Utilize an App Builder for Practice

Once you’ve learned coding basics and chosen a platform, you can start practicing by building simple apps with an app builder. App builders are drag-and-drop tools that allow you to create basic apps without having to write any code. This is a great way to get started and get a feel for the app development process.

Some good app builders to check out include:

Now that you’ve learned how to code and understand the app development process, it’s time to start designing apps. Keep in mind that the design is just as important as the functionality of your app. Your app should be easy to use and attractive to your target audience. Here are the typical steps that go into creating an app:

When designing your app, think about the user experience (UX) and how you can make your app as intuitive and user-friendly as possible. In addition, pay attention to the small details, such as how easy it is to navigate your app and how visually appealing it is.

In addition to coding skills, it’s also a good idea to learn some business and marketing skills. Mobile app development is a business, and it’s important to understand how to market and monetize your apps. You may also want to learn how to raise capital and build a company.

You can learn these skills through online courses, books, or by working with a mentor.